How do you repair and clean marble?

Andy Keenagh of Plastic surgeon explains the subtleties of marble as a natural stone that offers beauty, but demands special care.

Making the most of marble

Two of the ancient world’s most famous sculptures can help us to understand the level of fascination that marble holds in people’s perceptions; and the lengths that we must go to preserve its luxurious appearance.

The Venus de Milo is one of the best known and most revered relics of Ancient Greece, considered priceless, despite the figure’s missing arms making it far from perfect.

Equally famous and almost totally intact, Michelangelo’s statue of David caused art experts two years of consternation as they argued over the most appropriate techniques for cleaning the 15 foot figure.

The curators and conservationists were, however, absolutely right to be concerned about the possibility of the wrong materials or chemicals doing lasting damage to an irreplaceable work of art: for marble is actually quite a soft rock, and one which is very susceptible to harsh cleaning products; especially those containing acids.

Find out more about our marble worktop repairs 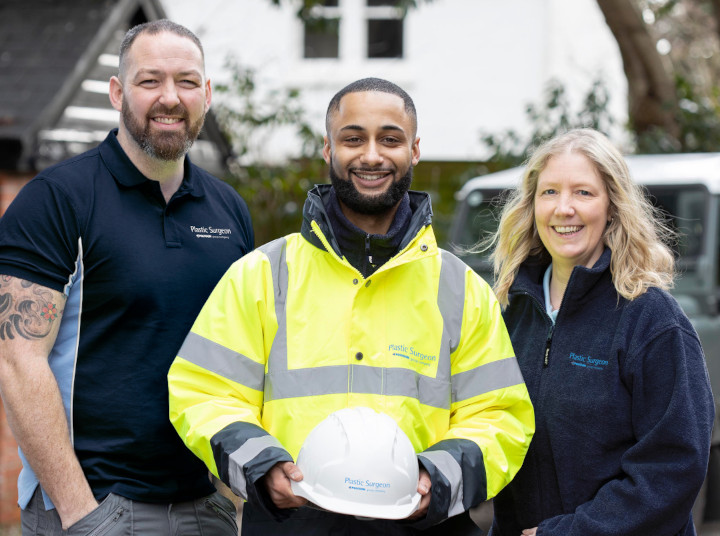 Why should you choose Plastic Surgeon to repair your marble?

This is why as the UK’s only national cosmetic repair specialist, Plastic Surgeon has invested a considerable amount of time and effort in developing techniques and product formulations, specifically for marble repairs and restoration. The company’s highly trained Finishers regularly being called in by refurbishment contractors, facilities managers and insurance companies to deal with either damage or staining caused to the distinctive and expensive architectural material.

Marbles are in fact limestone that has been metamorphosed by geological events that generated huge heat and pressure, but the resultant rock remains softer and much more porous than, say, granite which is of igneous origin – effectively a solidified magma.
So as beautiful and hard as marble might appear when installed as flooring or for kitchen worksurfaces, it can actually suffer serious damage in a variety of ways.

Stiletto heels or moving a piece of furniture with unprotected legs can easily scrape marble flooring, as can grit trapped beneath the likes of trays and saucepans, which will quickly dull the most expensive worktops. Plant-pots placed straight on the kitchen counter will soon leave a dark ring.

The same surfaces are also susceptible to staining from common foodstuffs and beverages, including orange, lemon and other juices. Tomato, meat juices and wine will all leave dull marks on the distinctive white, yellow, blue and other swirls that typify the luxurious polished sheen.

How do you clean and care for marble worktops?

The problems do not, however, stop with accidental damage, abrasion and spillages. Commonly used cleaning products can inflict similarly disfigurements on marble due to their chemical content.

Even the so called ‘cream cleaners’ can contain acids which will remove the stone’s sheen of protective wax, exposing the calcium carbonate matrix to further discoloration. Using alkaline based bleach is an equally bad idea if you want to maintain the elegant shine of marble; while plain tap water containing salts or such minerals as potassium and magnesium – if used regularly for cleaning – can cause pitting and spalling.

Cleaning and maintenance cycles must, therefore, be strictly controlled: employing stone soap or an appropriate neutral (PH=7) cleaning solution, that should be changed frequently and dirty mops replaced. Dry mopping is advisable in-between washing, and an annual maintenance regime to restore the shine may also be necessary.

While adopting a properly matched and thorough cleaning regime should extend the life of marble surfaces, there will still come a time when proper restoration will be required; and this is very much something for the professional to undertake. Plastic Surgeon has developed both marble repair and polishing techniques to return marbles to a pristine condition, and keep them there.
These approaches to the problems have been developed in direct response to challenges set by commercial clients; often in circumstances where time is critical.

How do we repair marble surfaces?

Plastic Surgeon’s Finishers have saved badly affected sections of marble featuring in both hotel bathrooms and a bar aboard a luxury liner.

The latter had been so badly degraded by the likes of keys and coins, together with the harsh cleaning agents frequently utilized on board cruise ships, that the detail of the marble was becoming lost. The technique developed employed a specialist marble cleaning agent, mixed with clean water to create a slurry, which was then applied using a variable speed polishing machine featuring different grades of diamond disc.

The resurfacing and polishing was followed by the application of an appropriate, penetrating sealer; and, of course, the work had to be completed in the few hours between passengers retiring to bed, and shipboard life beginning again in the morning.
In the hotel concerned, the majority of marble vanity units in the guest bathrooms had been discolored by having soap placed directly on them – and again only a few hours were available to the Finishers before the rooms’ new occupants would be receiving their keys.

In the majority of cases the surface to marble worksurfaces, bars and other tops can be restored in this way, without significant reduction of thickness. Where deep scratches have occurred, however, it may be necessary to prolong the diamond disc polishing process; feathering out the area addressed to reduce the overall impact of the repair.

Finally, where more serious chips or gouges have occurred, it is still possible to make good the damage using Plastic Surgeon’s renowned reinstatement techniques. Such interventions will involve filling, shaping, smoothing and colour matching the high strength fillers and other materials which the Finishers carry in their van stocks.

With the correct treatment and protection, marble can be kept looking as it should – a beautiful, infinitely variable natural material that can grace all types of property from a stately home to a modern penthouse, commercial washroom or spa facility.

An extremely efficient organisation to deal with. The standard of repair was exceptionally good and the speed with which the repair was carried out was remarkable. Excellent attention to detail and I have no hesitation in recommending Plastic Surgeon.

I received great customer service in getting a quote and booking the repair. Staff are friendly, informative and helpful. The repair, a chipped worktop, was carried out to a very high standard, erasing all signs of damage. Amazing work and a fantastic job done. Very happy customer, thank you! Would highly recommend this company.

We had 2 badly damaged kitchen doors restored. We can’t believe the result and they look brand new. Saved us a fortune and inconvenience of having them replaced. Can’t recommend this company enough. Great service and the technician was professional and polite.
Thank you so much.

Although we were initially concerned the repair would be visible, Chris has done an absolutely brilliant job and we honestly cannot tell where the repair is! The job took no time at all and he was extremely helpful and friendly. Would definitely recommend their services.

Fantastic – You would not believe that the bath had been damaged. Steve the craftsman was brilliant. Can’t praise him enough. All round an incredible job Well done.

Clare arrived at the correct time and worked so professionally on our kitchen worktop. It was like new when she finished and so much less hassle than having to have all new worktops. Brilliant. Well done!